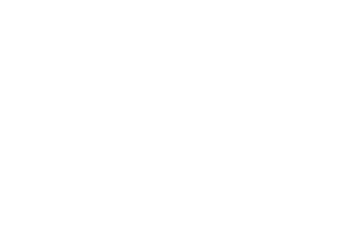 How to Set Up Your Rods and Rod Holders

Your rod holders should be 15-20ft apart from each other. I normally cast out my bait rod while I am getting my other fishing rods ready. I want to figure out the direction and strength of the current. The reason for this is because if the current is moving from North to South and I cast all of my rods straight out, they will eventually foul to the right. It will happen even quicker if there is seaweed in the water. Sometimes the current and seaweed is not an issue and in that case, I will cast everything straight out. When the current is moving pretty good, I will cast into the direction that current is coming from. So if the current is moving north to south, I will walk the beach North 40-50 feet past the rod holder. Doing this will push any debris up your line and to your rod tip instead of fouling your line placement. You line should be at an approximate 45 degree angle of the beach. If the 40-50 feet walk up the beach isn't working, try going further for a wider angle. Use trial and error until you find something that works. 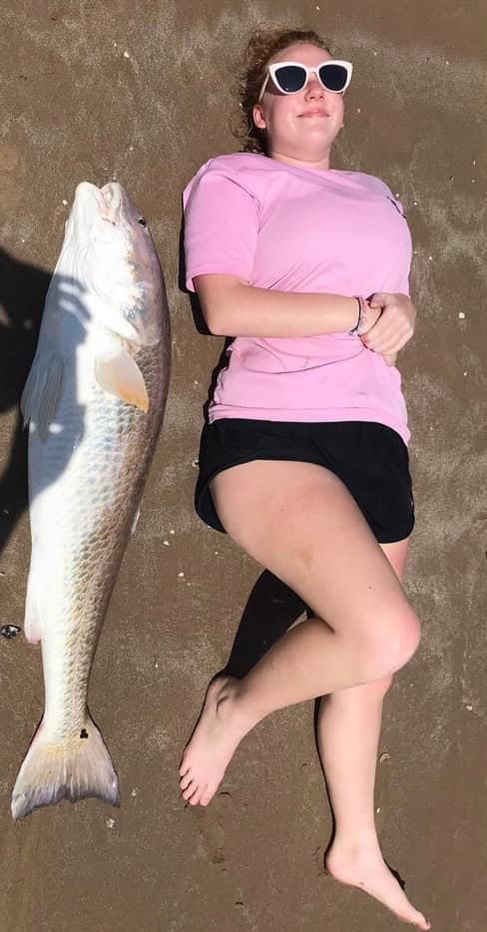 My daughter with a bull red she caught
Varying Your Bait Distance
The first goal you should have once you start fishing is to find the fish. I have made the huge mistake of thinking that all of the big fish are out really far and I've spent an entire weekend casting over the fish. People to my left and right were catching fish and I stayed angry all weekend with nothing to show for my efforts. I was informed by one of the nice people leaving the beach that they limited out on redfish within an hour fishing in wade gut. I dropped a bait in the wade gut and after a few minutes I had a fish on. The morale of the story is to vary your bait placement. I fish with six fishing rods most of the time. After that incident, I have learned to stagger my baits. I always drop a bait in the wade gut (I have seen 5ft sharks swimming in the there more often than you think), one bait just over the 1st bar, one bait in the deep part of the 1st gut, Right before the 2nd bar........well, you get the picture. You need to find the fish.
Varying Your Bait Types
Besides varying your cast distances, it is good practice to vary the type of bait you use. When I first get to the beach, I will throw out as many different type of baits that I can. Cut bait, Whiting heads, Mullet, Crab, Hardheads, etc. I may even try a half crab on one pole and a whole crab on the other. Sometimes fish can be finicky and only want a certain type of bait. You need to figure out what they want and where they want it. Think of it like a puzzle that you need to solve. Once you get it figured out, keep doing it. Change the fishing rods that aren't producing fish to be like the rods that are producing fish. If you've caught two bull reds in the first gut on whiting heads, change some of your other rods to whiting heads and cast into the first gut. It sounds simple but you would be surprised how many times I have (and seen other fishermen) change baits once they have found out what is working. "I know I've been catching bull reds on whiting heads but I have caught a ton of bull reds here last time on crab. I am just going to throw out some crab". Don't do that. Keep doing what is currently working.
Back to The Basics